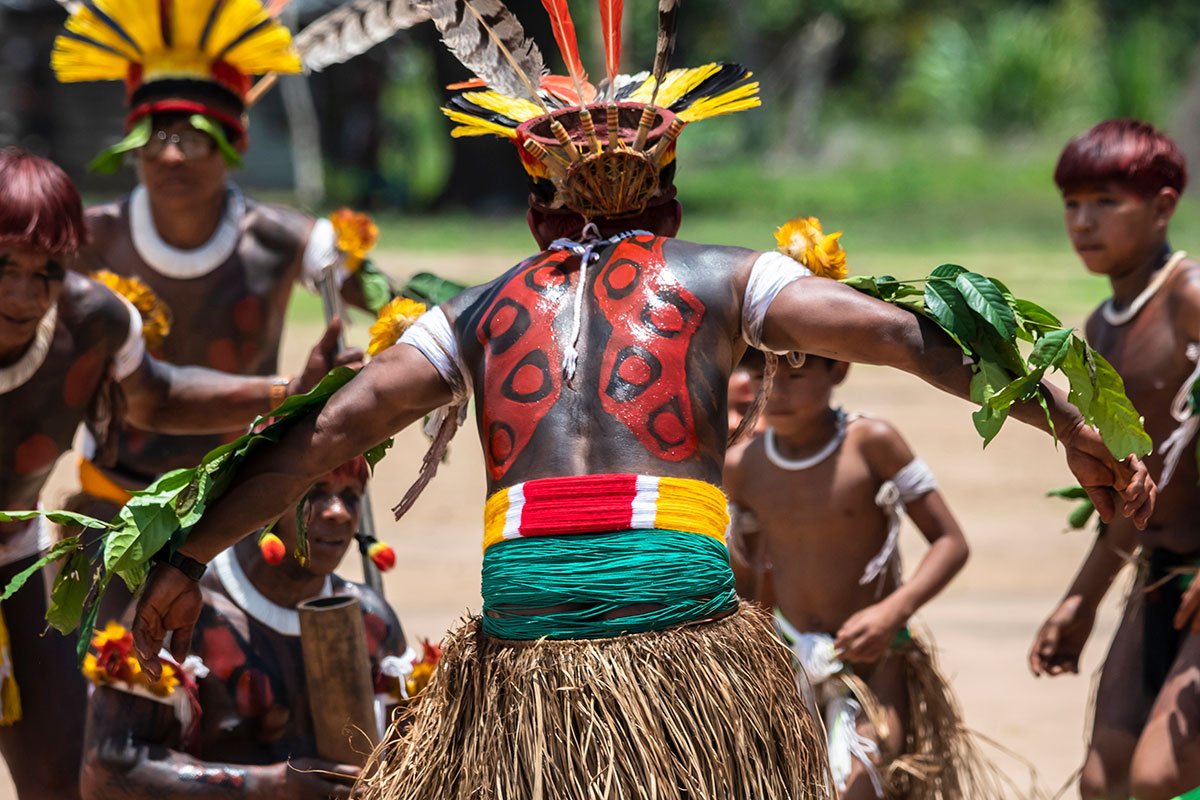 The history of glass beads is very ancient and multicultural, full of exchanges and encounters. Produced in Egypt and Asia already thousands of years before Christ, they then spread to Europe during the Roman era, only to be forgotten and rediscovered in the Renaissance. In America, they arrived with the European colonizations starting from the sixteenth century, and the local populations were fascinated from the first contact by these beautiful, resistant, and brightly colored pearls.

The “miçangas” and the adornments of the Brazilian natives

In Brazil, we call these glass beads “miçangas”. The word is of African origin (from the Quimbundu language, spoken in Angola): masanga – plural of musanga – in fact means “small glass beads”.
They became part of the cultural heritage of some Brazilian tribes following contact with European settlers. The local populations – who did not know glass processing – were immediately attracted to it and immediately adopted the use of these pearls, incorporating them into their culture: so much so that they developed an extraordinary ornamental art.

Coming into contact with some peoples of the Upper Xingu (territorial reserve created for some indigenous peoples and located north of the Brazilian state of Mato Grosso in the Xingu River area), through friends, I discovered some beautiful pieces made with beads that enchanted me. The women’s necklace, made with thousands of tiny, monochromatic beads, formed by more than fifty rounds, mounted on cotton thread, was a special attraction for me. It is long and voluminous and covers practically the entire breast of the woman who, while dancing, creates a play of movements that occasionally reveals the breast.

I know well that in Xingu and Indian societies in general, showing the breasts is something more than natural, but even so, these big and powerful necklaces have always reminded me of the appreciation of that part of the body of women. These multi-loop necklaces are typically feminine adornments. However, men, women and children have the habit of using a belt similar to these necklaces, made up of many strings of beads and which is knotted close to the body, along the line of the hips.

The “lace” of katukina women

Katukina, from Acri, north of Brazil, are very fond of music as they have many musical groups in their villages and in my opinion they have a very special talent for shades and color games. Tradition has it that it is always women who create props with great care: they are different from each other, each created with their own identity.
Katukina women make bracelets for arms and ankles and large necklaces, always using the “missangas”. These adornments are very impressive due to their elaboration. Almost as if they were lace, with original color combinations of great effect for their size and beauty.