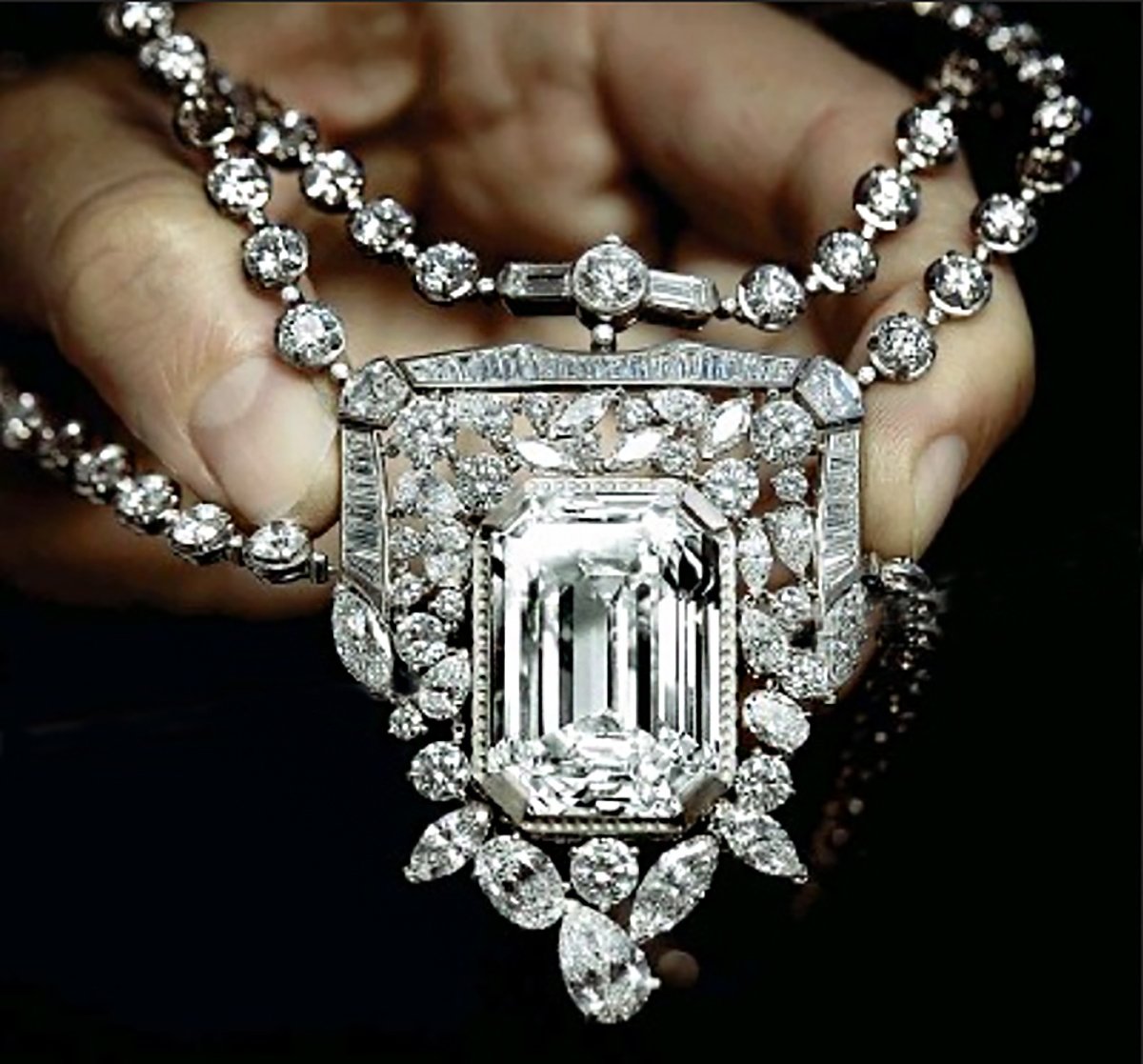 100 years have passed since Gabrielle Chanel and Ernest Beaux created eau de toilette Nº5, in 1921. Now, the most famous perfume in the world celebrates this glorious anniversary in a truly worthy fashion, by launching Collection 5: 125 jewels designed in Coco Chanel’s honor.

The chef d’oeuvre of the collection is the “55.55” diamond necklace. It has a total of 147 stones: 104 round, 42 baguettes and, in the center, an octagonal emerald-cut diamond weighing exactly 55.55 carats, to recreate the iconic shape of the Chanel Nº5 bottle.

Collection Nº5 is the first high-end jewellery collection in history created specifically to celebrate a perfume: each one of the jewels in it is in fact inspired by the famous eau de toilette.

It should be noted that this is certainly not the first time that the Coco brand has ventured into the world of high-end jewelry. As early as 1932, the French designer launched a revolutionary collection of diamonds set in gold and platinum: the unforgettable Bijoux de Diamants.

With Collection Nº5, the fashion house wanted to create a direct link to the legendary 1932 collection. The 55.55 necklace will not be sold, because its purpose is to make history: it will, in fact, be kept at Chanel headquarters in Paris and will be exhibited only as a symbolic product for the brand’s exceptional events. Those who want to see it in real life will have to book a visit in advance, whenever the opportunity is given.

Dabs of Curiosities by Chanel Nº5

• Chanel Nº5 perfume contains 80 fragrances, among which the notes of May rose, jasmine, ylang ylang and sandalwood stand out.

• Chanel Nº5 was officially launched in the rue Cambon boutique in Paris on the fifth day of the fifth month of 1921. Could it be that Coco’s lucky number was 5?

• The legend of this perfume is also conveyed through the design of its bottle: when you think of Chanel Nº5, you cannot help thinking of the minimalist lines of its bottle. Inspired by the rounded volumes of the Charvet toilet bottles, it immediately stood out, with its unmistakable modernity, in contrast to the elaborate crystal ampoules of that era.

• In 1985, the emblematic flask was reinterpreted by American artist Andy Warhol for his Ads series: a cycle of prints on colored canvas. In 1997, the Chanel fashion house reused them for an advertising campaign.

• The first face of the eau de toilette was that of Coco Chanel herself. In 1937, she was immortalized by photographer François Kollar for the US magazine Harper’s Bazaar, in a suite at the Paris Ritz Hotel.

• “Just two drops of Chanel Nº5” was Marilyn Monroe’s reply to a reporter who asked her what she wore to sleep. It was inevitable that the most sensual Hollywood star would become a living testimonial to this perfume for women with its “scent of a woman” – as Gabrielle described it.

• Marion Cotillard, the acclaimed French actress, is the latest ambassador of the fragrance. The new advertising campaign promotional video was entrusted to Swedish director Johan Renck, known for the recent Chernobyl series. In the magical atmosphere of the Seine, Paris, the modern woman is portrayed – as charming as she is playful and light – with her vital and sparkling energy reflected in the golden moon.

• In December 2018, the French fashion house launched Chanel # 5 Limited Edition Grand Extrait, of which there are just 55 copies worldwide: it is packaged in 900ml red bottles – red was Madame Coco’s favourite colour – and is sealed with a special artisan technique, the baudruchage, which preserves its fragrance.