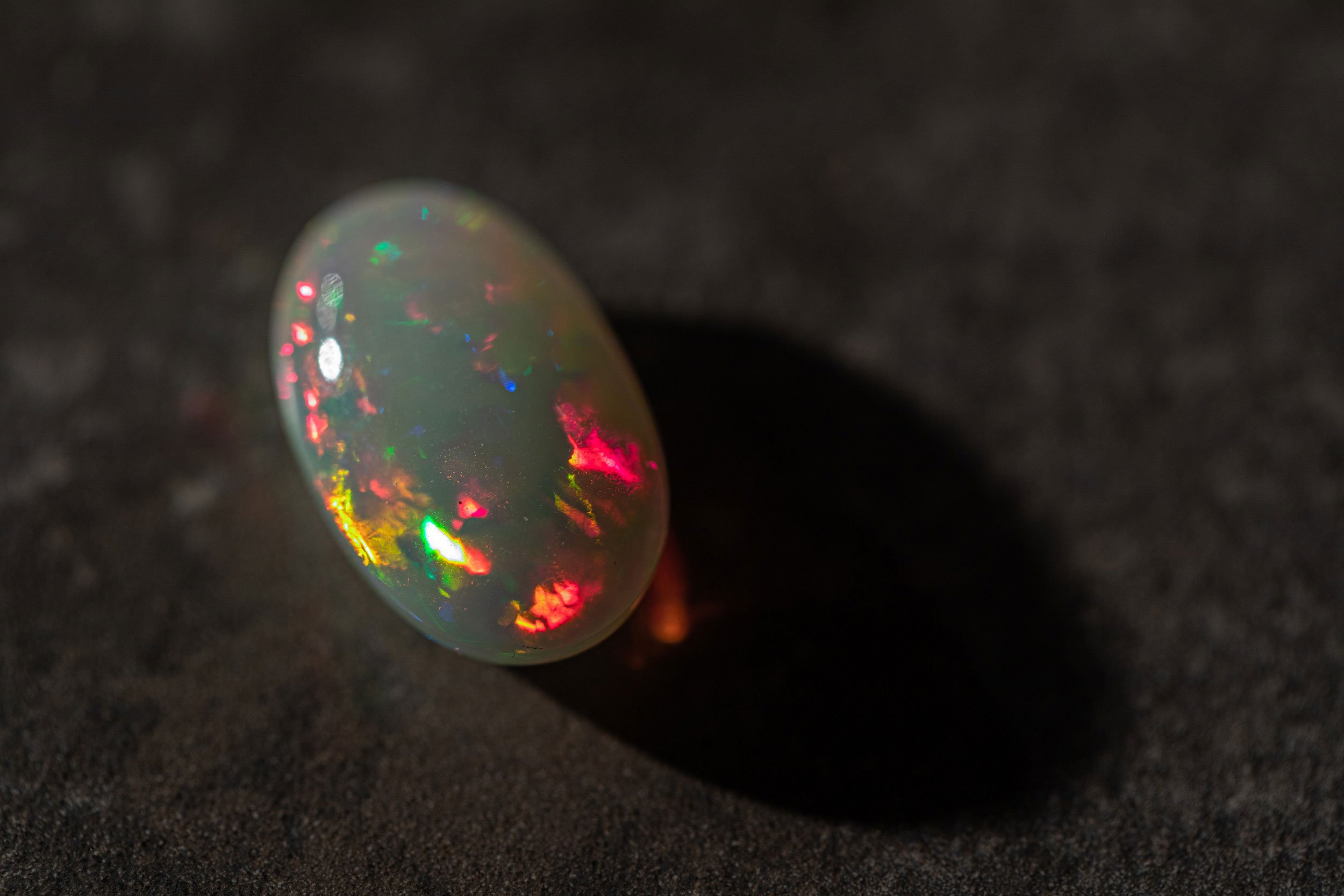 Coober Pedy is a small town in South Australia, north of Adelaide on the Stuart Highway. It is sometimes referred to as the opal capital of the world because of the great quantity of precious opals mined there.

When I went to Australia some years ago, I was impressed with this place: its unique and rather lunar landscape caught my imagination, as did its famous opals. I decided to tell you its story.

This land was historically important to the Aborignal population of Australia, for generations. In the early 20th century, mining was established to search for gold. The town of Coober Pedy itself was only established early in 1915, following the discovery of an opal there, by a 14-year-old-boy. It is the world’s largest opal bearing region and 80% of Australian opals originate here.

The name Coober Pedy is a combination of two Aboriginal words, Kupaka and Piti, which, when combined mean “white man’s hole”(in reference to the mining shafts). Kupaka is a Mutuntjarra word for white man and Piti an Antakirinja word for hole. The name Coober Pedy was selected on 26 June 1920, from four proposed names by a newly formed progress committee.

Opal mining activity fluctuated over the years, until 1945. When Toddy Bryant, an Aboriginal woman, discovered opals within 20 centimetres of the surface at 8 Mile it caused a great sensation. This was truly a turning point in the history of the field which went a long way towards establishing Coober Pedy’s future prosperity.

Opal is a true precious stone composed of amorphous silica and water.
85% of all opals are called potch (opals without fiery colours) which have little value. It is the other 10% of vividly coloured opals that qualify as the precious stone admired throughout the world.

Approximately 150 million years ago, the ocean covered the Coober Pedy region. As the sea water receded, climatic changes caused the lowering of underground water tables. Silica solutions filtered down and were deposited in cavities, faults and fractures in the ground. Now, millions of years later, these silica solutions have turned into opals.

Miners, in possession of a permit, can peg claims of either 50m x 50m, or 50m x 100m to mine for opal.
The early form of mining was by sinking or digging a shaft then tunnelling along the level with a pick and shovel. A hand-pick or screwdriver was used when traces of opal were found.
Since the 1970’s, there has been a rapid increase in the use of mining machines. These days, most if not all prospecting shafts are made by using a Calweld-type drill which is used to excavate holes about one metre in diameter using an auger bucket. The drills can dig to a maximum depth of about 28m to 30m.
Today’s opal fields are subsequently pitted with thousands of abandoned Calweld shafts.

Once the rough or raw opal has been mined it is placed in a small water-filled tumbler or a cement mixer. Agitation removes about 95% of the dirt (sandstone) from the rough opal and whatever dirt remains is then snipped off.

The main factors in determining the price paid for opals are as follows.