The Extraordinary Beauty of the Paraiba Tourmaline 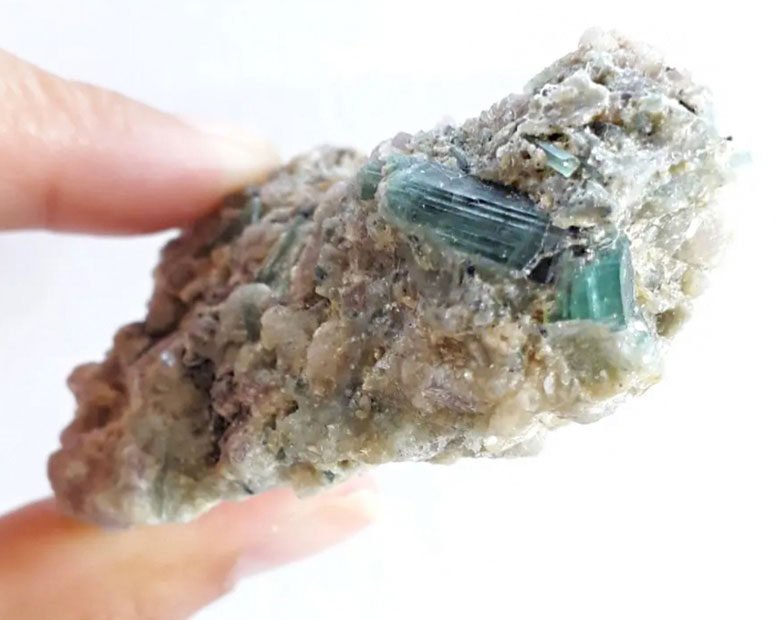 Brazil is a privileged country in terms of natural wealth. Its quartz and the huge variety of precious stones are appreciated all over the world. But in Brazil, there is a very rare and super valuable stone called Paraiba Tourmaline. It is a very interesting story and therefore I would like to tell you about it.

The history of the Paraiba Tourmaline

The history of the Paraíba tourmaline is quite recent. It started in the 1980s, when two prospectors from Paraíba (Northeast Region of Brazil) found the first specimens of hitherto unknown blue stones with neon glow and, forming a cooperative, started the extraction process. But at the time, many thought it was a forgery.

It was to elucidate the things that, in 1989, 9 years after its discovery, the stone was sent to the largest stone laboratory in the world, the Gemology Institute of America (GIA), located in the United States. After some analysis, it was concluded that it was not a forgery, but a new stone, never seen before.

The geographic location of the mines

Its production is really scarce, in fact, almost extinct, which makes it more and more expensive and coveted.

The special light of the Paraiba Tourmaline

When we put one of these stones in the dark, it seems to be lit, as if it were a neon. And it is interesting to know that it is the only transparent gem that has copper in its composition, which gives it a vibrant, bright and electric color. It is said that, like the sun, this gem has its own light!

The price escalation of the gem

In 1990, during the traditional fair in Tucson, USA, the price escalation of this mineral began. And the prices have quintupled in just four days. The mystique surrounding the stone had started and grew extraordinarily over the 90s. Currently, in the international market, they exhibit the highest quotations in the gemological universe.

Why is the stone so valuable?

But why, after all, do these gems reach such high values in the market? I list some reasons below:
· Scarce production: so far, there are only news of Paraiba tourmalines in two regions of the planet, Brazil and Africa.
· Difficulty in exploration and extraction. The geological conditions in which this gem is found represent a great challenge for professionals in the area: the extraction must be done manually, to avoid any risk of wasting some raw material;
· Most of the minerals found are very small. Therefore, quality stones, medium and large size are very rare.

So I can’t wait to create a super special jewel using a Paraiba tourmaline and further enhancing its beauty. I’ll keep you updated.