What Is A Signet Ring And Why Wear One 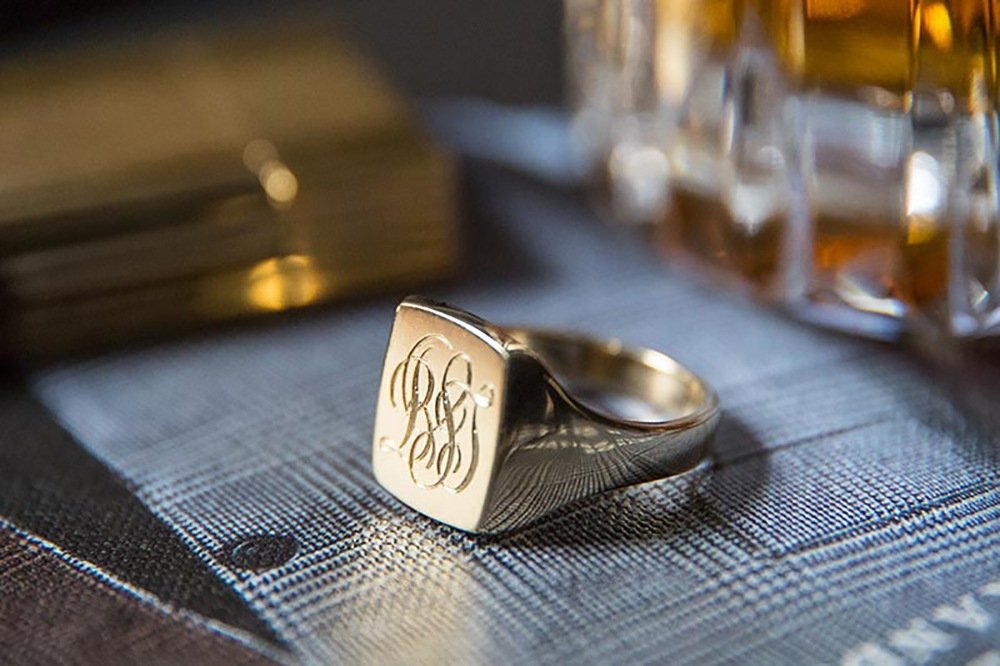 It was as reliable as a signature, a seal of authenticity that branded a document. In a world where the majority of men were illiterate, the signet ring became their writing instrument. An instrument responsible for signing some historical documents long ago. Then, little by little, what began with a fundamental purpose, soon became a mark of nobility, of status that sealed a man’s place in the history books.

In Ancient Rome, Greece and throughout history, the signet ring was one of the most valuable items a gentleman could have. The men who relied on them kept them under lock and key, only to bring them out as needed when signing a deed, will or other important documents.

As the decades passed the signet ring went from practical and simplistic to fashionably eccentric.

Today, signet rings are far less necessary. For the men who do wear them, it is simply an heirloom handed down through generations. A symbol of fraternity, or a fashionable mark of sophisticated grace that, when worn correctly, elevates the style of a gentleman. Although there is a vast number of jewelers who make and sell signet rings, only a handful of them do it well. There seem to be two types of buyers these days. The first is the traditional gentleman who prizes quality craftsmanship and places value on the importance of an heirloom-quality bespoke ring. The second is the young man with interest in flashy bling.

Signet rings are not cheap. You could certainly visit a local jeweler and have one made, but it won’t have the same panache as the real thing. For that, you need to purchase a vintage ring on eBay or visit a purveyor that specializes in bespoke signet rings such as Rebus, Ruffs or Dexter if your budget is on the lower end. For years, men have struggled with the question of whether to wear a ring with the seal facing towards them, or away from them.

There are many schools of thought on this. Some believe that the seal is a reminder of your duty to family or the association the seal belongs to. Therefore, they believe it should be worn facing you as a constant reminder in times of trial and tribulation.

Others believe the ring is a symbol to the outside world and should be worn facing them and not you.

There is no correct answer. However, in we think about a necklace with a pendant on it, the pendant faces outwards and down, not up in the direction of our face.

What finger the signet ring should grace?

Those who wear signet rings as jewels in the Middle East will often wear very bold and ornate rings on the thumb or middle finger., while in some parts of the developing world many believe that the finger a signet ring is worn on should be decided based on astrology or other beliefs. However, in America and much of the first world, the most common fingers to wear a signet ring on are the little finger, the ring finger and the forefinger. The little finger is the most appropriate finger

for the rakish gentleman. It is less obtrusive. It doesn’t not inhibit movement or dexterity and it is far more subtle, yet still noticeable which makes it a refined and elegant choice.